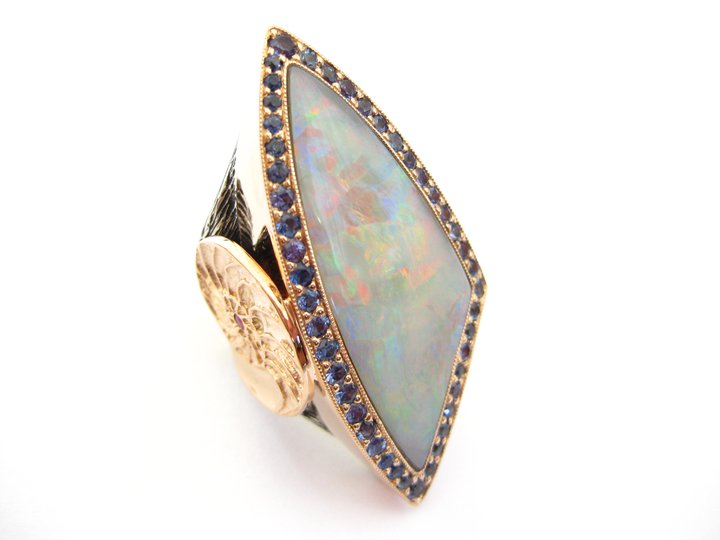 Following the weekend judging, editors from top fashion/accessory magazines, both trade and consumer, descended on the penthouse studio in New York’s Greenwich Village where the competition was held in order to get a first-hand look at this year’s entries. Editors were asked to pick their three personal favorites from the crowded field of top-notch designs.

K. Brunini Jewels is proud to announce that they have been awarded one of the highest honors in jewelry design – an AGTA Spectrum Award™. This year marks the 27th anniversary of the competition hosted by the American Gem Trade Association and is regarded as a benchmark in jewelry design. The top piece among editors: a 18-karat rose gold and silver ring featuring a white opal accented with 3.26 carats of blue sapphires, 0.13 carats of diamonds and 0.06 carats of rubies by designer Katey Brunini of K. Brunini Jewels.